The tumulus of Montecalvario, an Etruscan tomb placed near the inhabited and dated VII-VI century B.C. and the Necropolis of the Poggino, placed near Fonterutoli, attest the presence of the Etruscans in the area. According to the excavation campaigns carried out since the eighties in the area of Castellina was certain the presence of a town of considerable size; inhabited center that had to be located in Salinvolpe, a few hundred meters from today’s Castellina. More are the testimonies of medieval times. The first certain documents date back to the 11th century when the area was a fief of the nobles of the Castle of Trebbio, a family related to the Counts Guidi.
In the center of Castellina there is also the Archaeological Museum of the Sienese Chianti

In the XII century Castellina passed under the influence of Florence and in 1193 an agreement was signed between the lords of Treviso and Florence in that was granted to the Florentines to guard militarily the castles of Treviso and Castiglione (l’current Castellina). After the praise of Poggibonsi in 1203, an act in which the Chiantigiani borders between Florence and Siena are established, Castellina found itself to be one of the most important Florentine outposts since it was placed on the most direct road that put in communication the two rival cities.

In the fourteenth century Castellina became one of the cornerstones of the Chianti League, so much so as to be the head of one of the thirds in which it was divided. The Tertiary of Castellina administered the part of Chianti that slopes towards the Valdelsa. In 1397 it was plundered and entirely burnt by the troops of the Duke of Milan Gian galeazzo Visconti commanded by Alberrico by barbiano. In 1400 it was decided to fortify Castellina, and in the list of reformations preserved in the State Archives of Florence is written 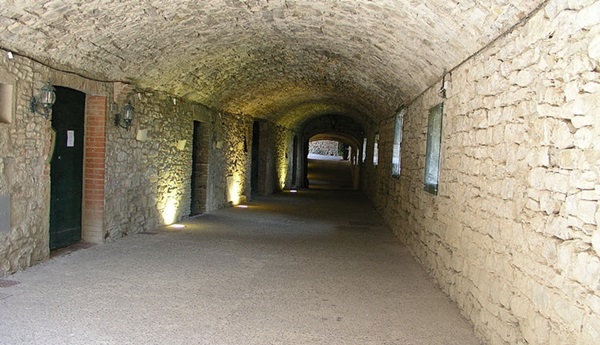 The historic centre of Castellina has been completely restored in recent years, thanks to the tourist boom linked to the Chianti Classico. The inhabited area, however, has rather modest architectural features even though they are of the late Renaissance palazzotti of greater value such as the Palazzo ugolini-squarcialupi and the Palazzo bianciardi

To mention Molino Nuovo (direction Greve), a characteristic historical village of the fifteenth century, where stands the tower of grignano belonged to the papacy.