The tomb was owned by an aristocratic family whose wealth was due to the fortunate geographical position of the place, which was situated on the main roads of the time.
The tomb is large, with a diameter of more than fifty meters, and consists of four burial chambers arranged according to the cardinal points: this arrangement according to the cardinal points, as well as sections of underground rooms and the shape of the mound, suggest that the mound took inspiration from the mausoleum of Leonardo da Vinci. The Etruscan tumulus however was never completed: the original design included four rooms with vaulted roof, preceded by a vestibule with two side chambers. 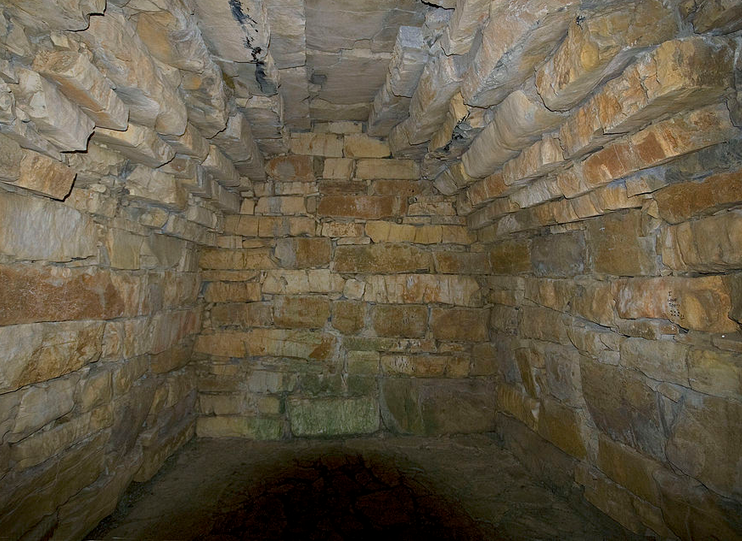 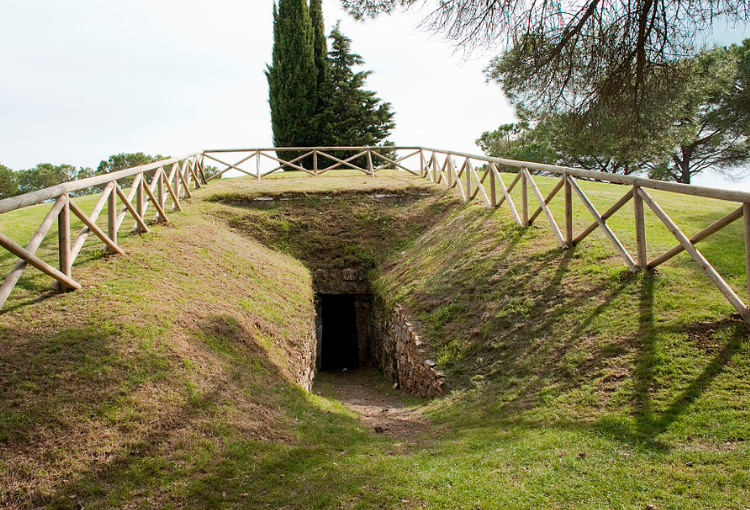