Already known by the Etruscans and subsequently referred to in Roman times as “Fons Rutolae” and “Fons Rutilant“, it was considered a stopping-off point where travelers between Florence and Siena could have some rest.

It was here, in 998, that Otto III, Emperor of the Holy Roman Empire, issued an edict transferring the possessions of the church of Arezzo to the Siena Committee. Fonterutoli was again the site, in 1202 and 1208, of the signing of the peace treaties that determined the historic assignment of the Chianti region to the Republic of Florence. 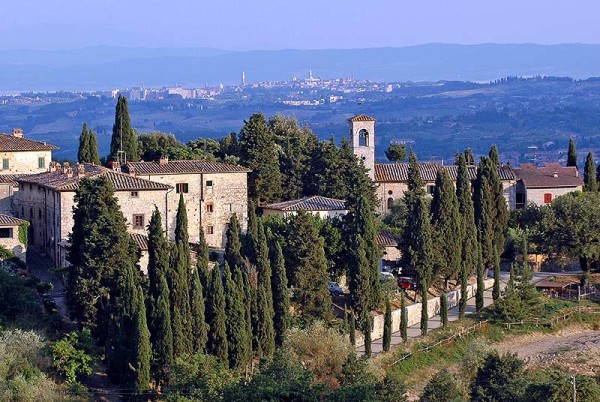 With regard to this, there is a popular legend saying that in the first years of the thirteenth century, the lords of Florence and Siena, exhausted by the endless wars over the Chianti region, agreed that the borders would be defined by a horse race: the riders would start at the crowing of the cock, one from Florence and the other from Siena. The border would be set at the place of their meeting. The Florentines chose a little black rooster, skinny and starved, who crowed constantly out of hunger. The morning of the race, this rooster crowed long before dawn, which permitted the Florentine rider to start out with a great advantage and to cover far more distance before meeting the other horse, almost on the outskirts of Siena, at Fonterutoli, to be exact.

Within the village there is the Church of San Miniato. 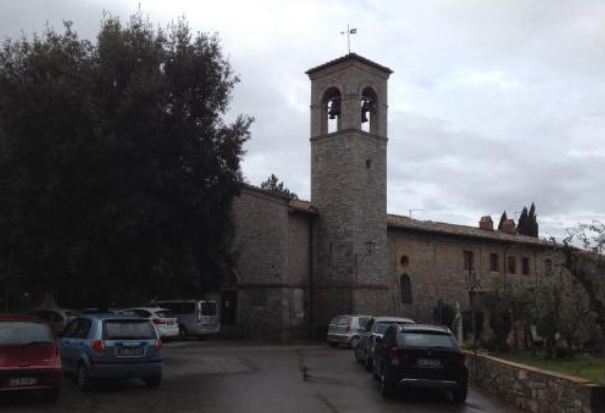