The first mention of the Castle of vertine dates back to a private document of 1013 while in an act of 1049 such Peter of Peter gives to the monastery of coltibuono the Integram suam portionem de castello and Curte de vertine, It is also clear from that document that the place was the seat of a court comprising 12 mansions. The town is also mentioned in documents of the XI and XII century in which the property of the castle is documented by several families and only in 1202 there is the first indication on the presence of the ricasoli that then were owners until in the modern age. In 1312 and 1351 some members of the Ricasoli family carried out acts of rebellion against the Florentine authority and the members of their family who remained faithful to Florence, these acts seem to have been completed with the help of the Sienese.

During the Aragonese Wars, between 1452 and 1478, the castle became the main residence of the ricasoli who at that time held the office of Commissars of the Republic of Florence for Chianti. In the 16th century, the fortifications were restored. Today vertine is a fortified village visited by a considerable number of tourists attracted by the remarkable conservation of its town and the fact of being in the territory of the Chianti Classico,view the Church of San Bartolomeo 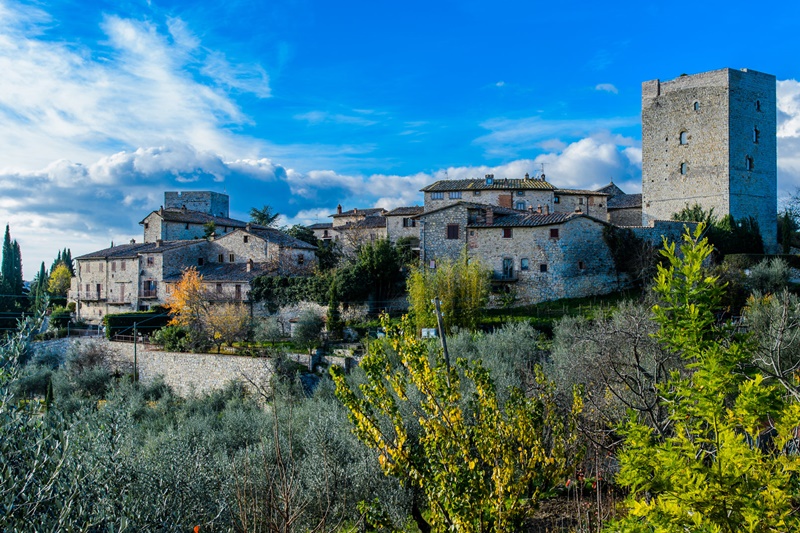