In the village, well preserved and restored, there are remarkable testimonies two-fourteenth century. The town of San Donato is still today enclosed within the thirteenth-century wall circle, on whose western side stands out a watch tower with a very particular shape called Il torrino. You can access the village from the north, through the massive Porta Fiorentina, or from the south through the Porta Senese. Just outside Village is located the Parish Church of San Donato in Poggio.

The centre of the village is Piazza Malaspina, at the centre of which is the octagonal well under which there is a cistern, overlooking the beautiful Malaspina palace (ex Palazzo ticci) of the Renaissance period, the church of Santa Maria della Neve (XV century) and in front of it stands the Praetorian Palace that inside preserves a fresco of the XIV century portraying the Madonna with Child and Saints . The rest of the old town has a series of winding streets surrounded by remarkable architectural emergencies two-fourteenth century among which remarkable is the tower-house called Bell Tower (XII century) located near Florentine gate. 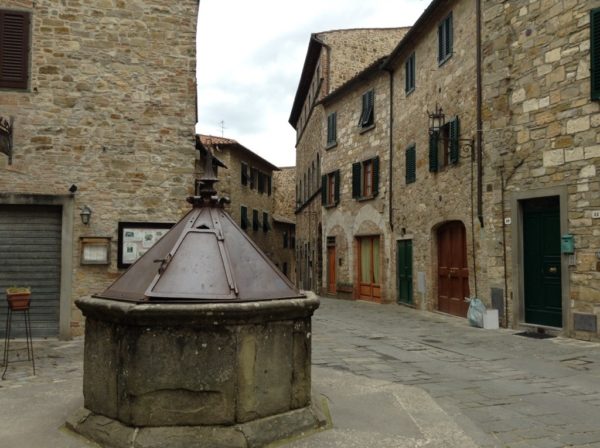