The church has been known since 1046 when it was mentioned in a Charter of the Abbey of Passignano.
The current building, composed by three naves divided by square pillars and ending in apses, is housed in a fortified complex that includes the Church, the chapel, the Bell Tower, the rectory, the cloister to the South and the space in front of the Church. This complex looks almost identical to the one pictured in the plant of the captains of Parte Guelfa dating back to the 16th century . Almost everything about the resort was rebuilt after it was destroyed in 1944.
On the inside we can find a painting representing a Madonna with child and Saints by Bicci di Lorenzo. 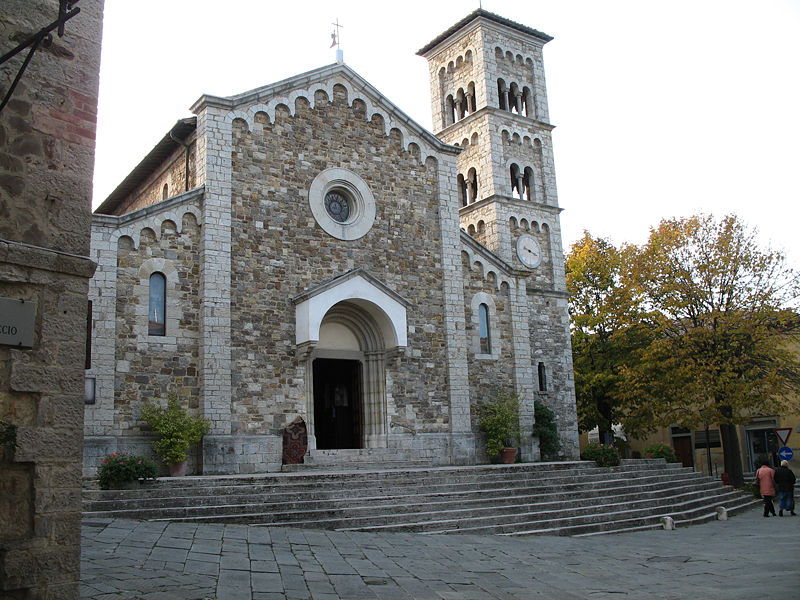