The Church has been konwn since the 7th century when it was called Basilica Sancti Bonuspagis.
The Bell Tower, well preserved, is built into simple shapes, characterised by the presence of four Windows .
Inside there are some fragmentary frescoes from the late fourteenth century and a beautiful baptismal font of 1714.
The frescoes, though damaged, pertain to the local school, dating from the late 15th early 16th century; The first fresco depicts the Madonna enthroned with child and Angels against a backdrop of a landscape, and the second fresco rapresents San Francesco. 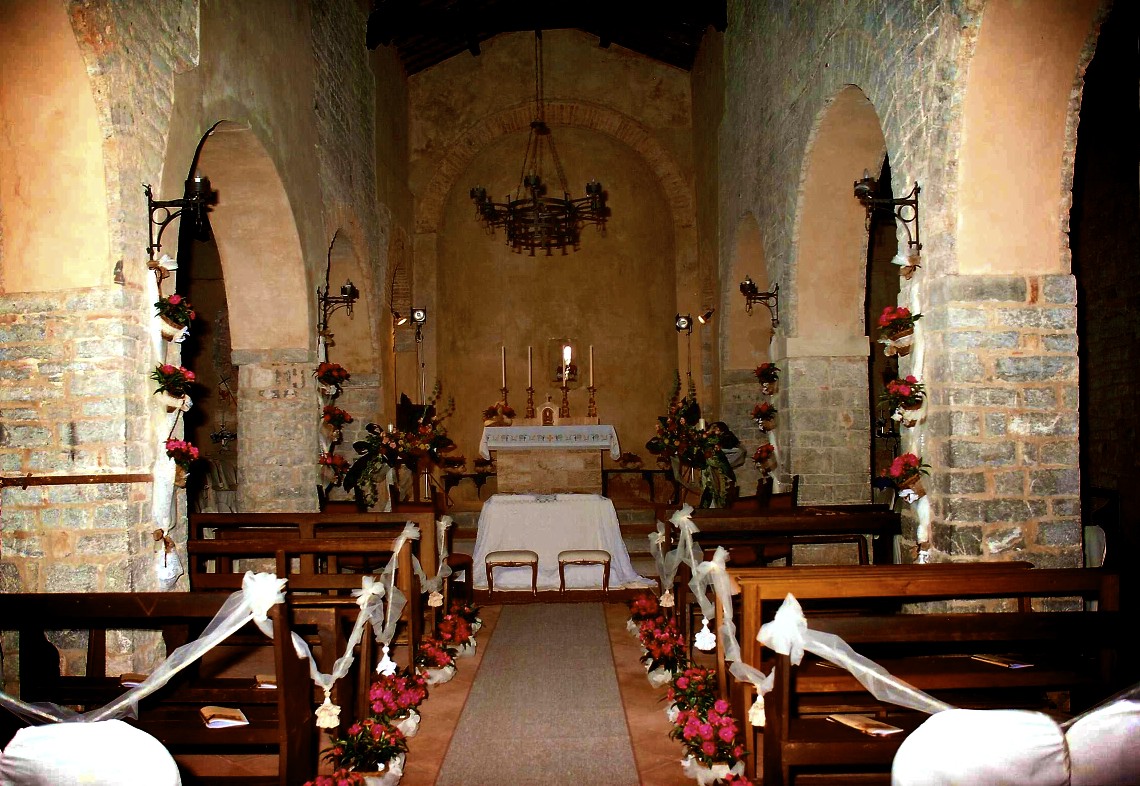