The Church was originally dedicated to santa Maria ad Sciatam or Ischiatam, which should be linked to the type of oak ischia, and is one of the oldest church in the Chianti territory, in fact It has been known since the 11th century ‘ 80. 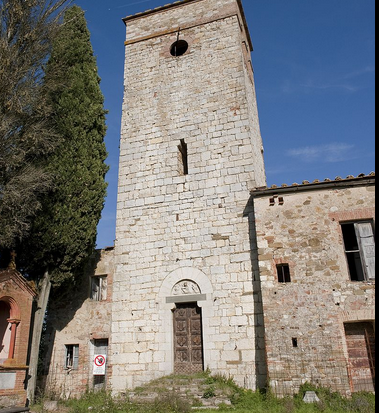 The Interior,  features three baroque altars made by Rector Giovanni Battista Larkin (died 1784) and is decorated in neo-medieval style.