The country developed around the highest part corresponding to the ancient feudal settlement. Developing around the ancient castle the village has taken an elliptical plan, composed of a radial road from which are unravelled the little alleys that all belong to the feudal forum. Dell’ancient cassero today is remained a powerful rectangular structure that has a lining made of limestone trees. The complex, now run down and reduced to residential use, should go back between the end of the XII and the beginning of the XIII century All around the town there are the walls that repeat the shape of the village. The parts of walls still preserved today present the remains of some towers, now converted into houses, and the three access doors, all open directly into the walls. The walls made entirely of paved stone are to be dated between the end of the XIII-th century and the beginning of the XIV.

The urban fabric has a very unitary style, characterized by buildings with medieval structures. Among these buildings there are a house believed to have been the property of the Florentine navigator Amerigo Vespucci and another one that has a beautiful pointed portal with a coat of arms of the bigallo.  A house in the circular main street of Montefioralle is pointed out as the birthplace of Amerigo Vespucci. The doorway is identified by the wasp (“vespa”) and V of the Vespucci family. 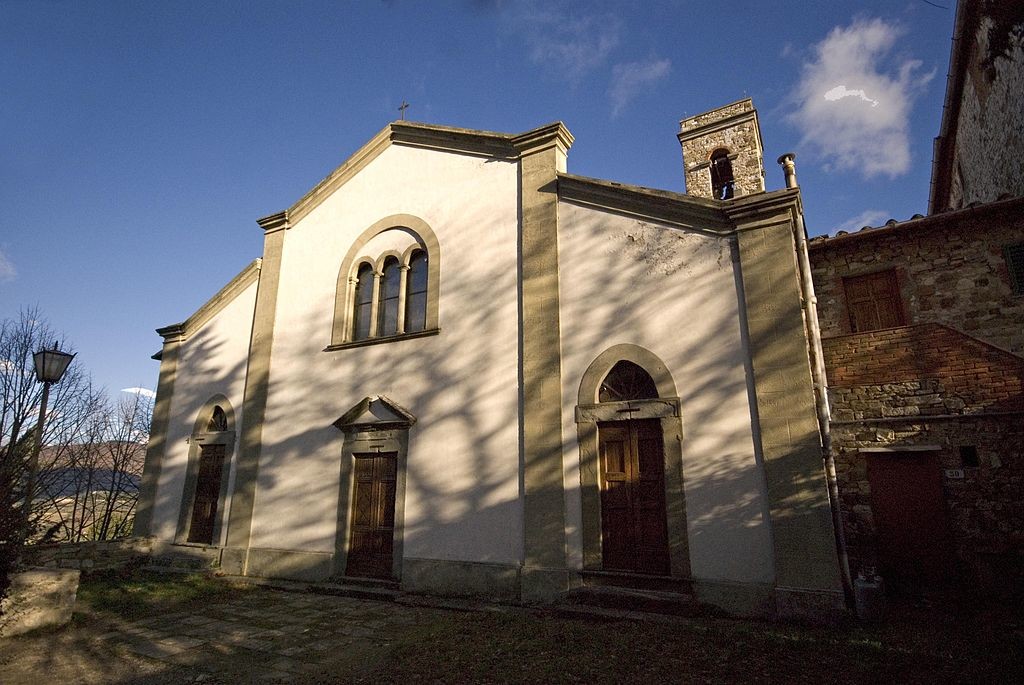 The sacred building of the village is the church of Santo Stefano.

The church of Santo Stefano is a Catholic place of worship of Montefioralle, in the municipality of Greve in Chianti, in the province of Florence. The original Gothic structure was rebuilt during seventeenth and eighteenth centuries with the addition of a baroque altar. 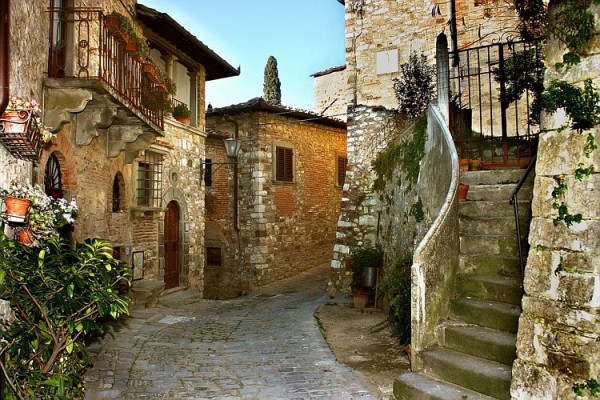 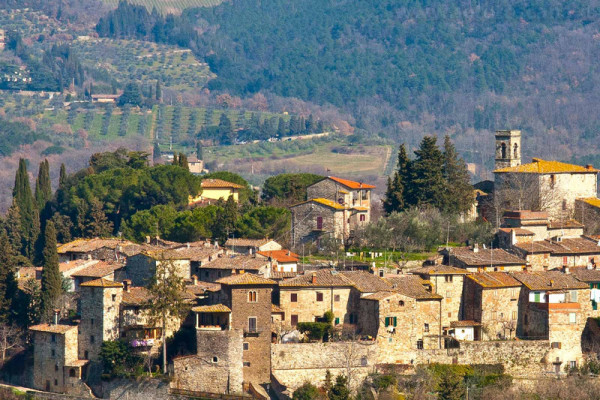