The Augustinian Hermitage, documented from 1119, arose at the Lake Verano.
The Church was rebuilt in the 13th century and 14th century, reusing the right side of the old building in a transitional style between Romanesque and Gothic. In 1366 the entire monastic complex was fortified.
The Church has been the subject of heavy neo- Gothic decorative  interventions: However, in the apse are present frescoes by Lippo Vanni, depicting scenes from the life of the Virgin, Angels and saints, dating from 1360 and 1370. In the former refectory, was present a masterpiece of Sienese painting of the fifteenth century: an extremely valuable fresco of the Crucifixion, by Giovanni di Paolo,  painted around 1445. 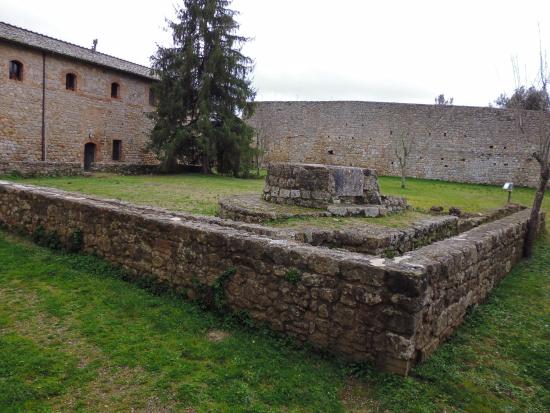