The castle of Marcialla already existed in the 13th century: the city of Florence,that was controlling the castle, authorized in 1383 the construction of an Augustinian convent with an annexed church. From the fifteenth century the church dedicated to Mary gained the qualification of parish.

This single-aisle church with transept,remodelled in the first half of the eighteenth century, preserves numerous frescoes of Florentine school including “the ascension”, placed on the second right altar, and near, we can observe also the fresco of the Annunciation (left altar) dated 1502. 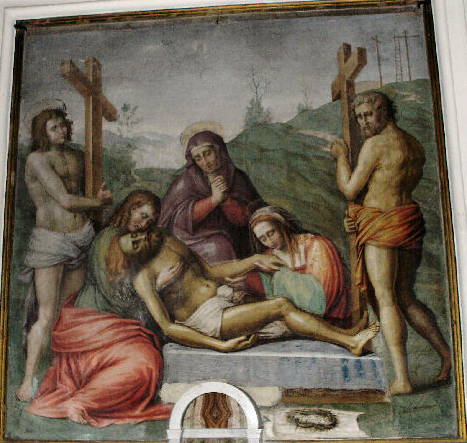 In the right transept there is a painting that in any sources of the 17th century is referred to Michelangelo Buonarroti; In reality, today,  we still don’t know with certainty the author of this painting.