The period between the ninth and the eighteenth century is one in which were constructed numerous churches. Some, however, date back to earlier times (such as the church of Pacina, whose construction seems it can be dated to the VII century, if not before).
The church of Santa Maria a Pacina is of early Romanesque origin although various architectural interventions later modified the original structure in appearance and size. Its main feature is the bell, which is also the part that has best preserved its original nature. 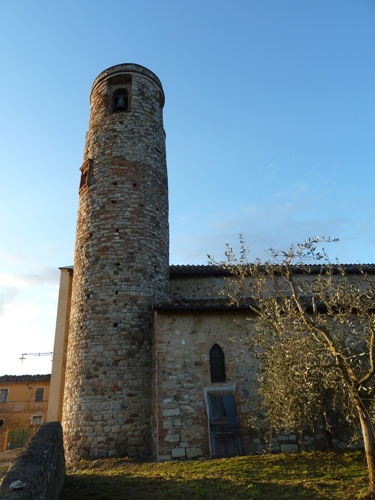