Probably the castle was built around the tenth century,  and was built in that place, because being placed on watershed of two small valleys formed by tributaries of the Pesa, is easily defensible. This was a precious requirement at that time and was at the origin of most Tuscan castles of that time. 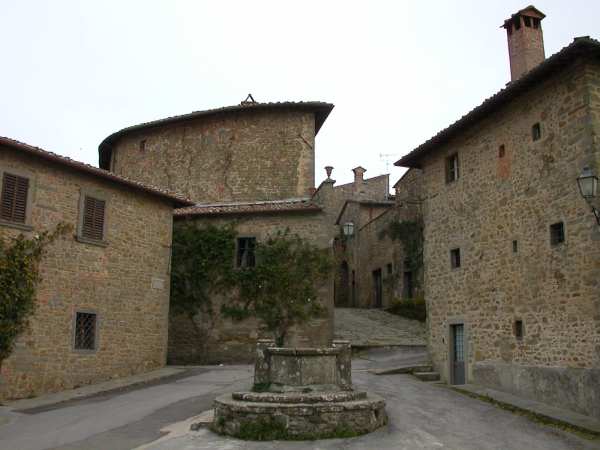 Despite numerous additions and destruction, the Castello di Volpaia still retains considerable evidence of its past as a fortress in the Florentine area of ​​Chianti. The fortress consisted of a walled site in the elliptical plant, in which were present also some defense towers. In addition to some sections of the original walls, today we can still see the main tower of the fortification,  and one of the smaller towers. A cylindrical tower, located on the north side, is considered instead added at a later date, because its masonry, is different from that used for the oldest parts of the castle. 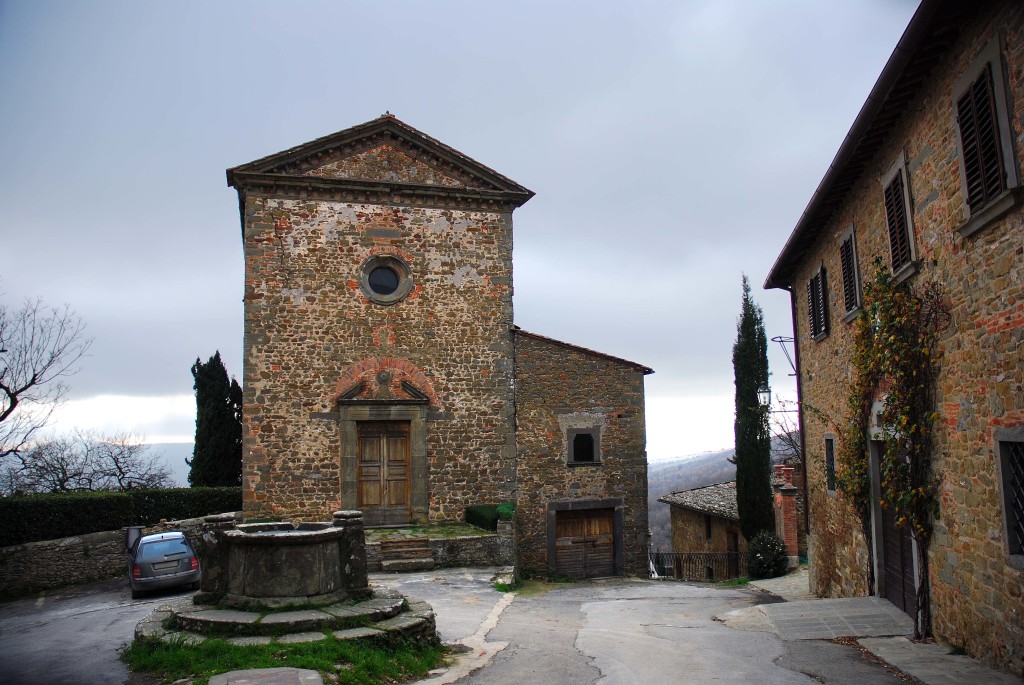 the most notable building, the pride and symbol of Volpaia; the church-tower named Sant’Eufrosino, declared “National Monument” in 1982. It is commonly called “The Commandery” as it was originally tied to a “commendation”, or benefit, of various farms; it was established in 1443 by Ser Piero della Volpaia.

Inside the monument was preserved until 1932 (the year when the church was deconsecrated) one of the most important works of Cosimo Rosselli, made in 1480: a large altarpiece with carved and painted architectural frame, which is currently at the National Center of Studies about  Renaissance in Florence.