Of Longobard origin, the castle, still retains its original medieval appearance with a long L-shaped body and the tower, in the middle of the facade.

At the Beginning of the century, thanks to Charles François, the property has been transformed from a country house on a farm that quickly, started to conduct its business in a dominant position. In 1911 it was already an award-winner in a competition between international wines. In 1924 he was part of the thirty-three founding companies of the Consortium of Chianti Classico.
Winery Tours and Tasting
At Castello di Querceto you can have, better on request, winery tours (in Italian and English) of the medieval cellars.
During the visit you can have a walk in the Castle private garden among secular plants and have a complete view of the vineyards with their description from the bordered walls.
At the end of the tour, you will have guided tasting of three typical wines: Chianti Classico, Chianti Classico Riserva (which was listed in the 100 best wines of the world in its vintage 1999 and 2000*) and one of our Crûs
More info 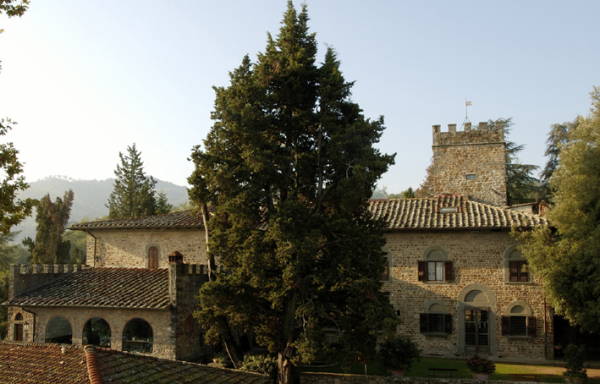