Monteriggioni is a medieval walled town, located on a natural hillock, built by the Sienese in 1214–19 as a front line in their wars against Florence.

During the conflicts between Siena and Florence in the Middle Ages, the city was strategically placed as a defensive fortification. It also withstood many attacks from both the Florentines and the forces of the Bishop of Volterra. 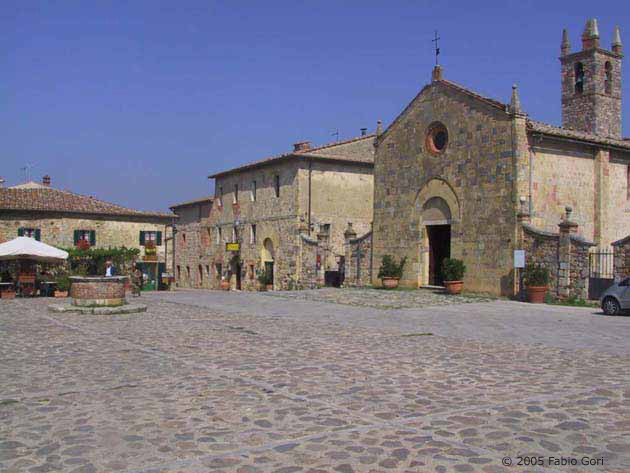 Monteriggioni in recent years has become more important for the tourism having been inserted in the path of the Via Francigena from the Council Of Europe, showing its cultural importance.
It is a walking trail that begins in Piazza Roma Monteriggioni and get to Piazza del Campo, for a distance of 20.6 kilometers.
Because of its importance as part of the Via Francigena it has been included in a project of reconstruction of the territorial medieval landscape. 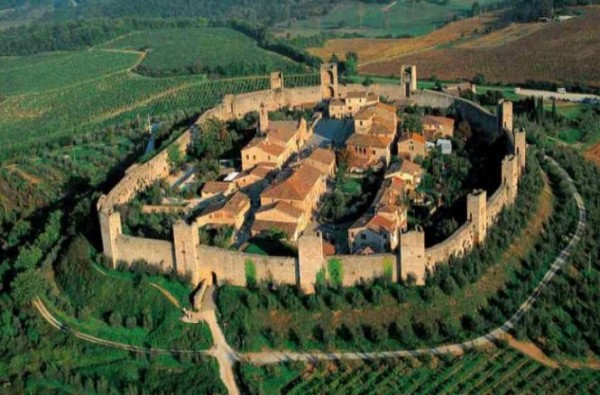 The Tuscan poet Dante Alighieri used the turrets of Monteriggioni to evoke the sight of the ring of giants encircling the Infernal abyss. 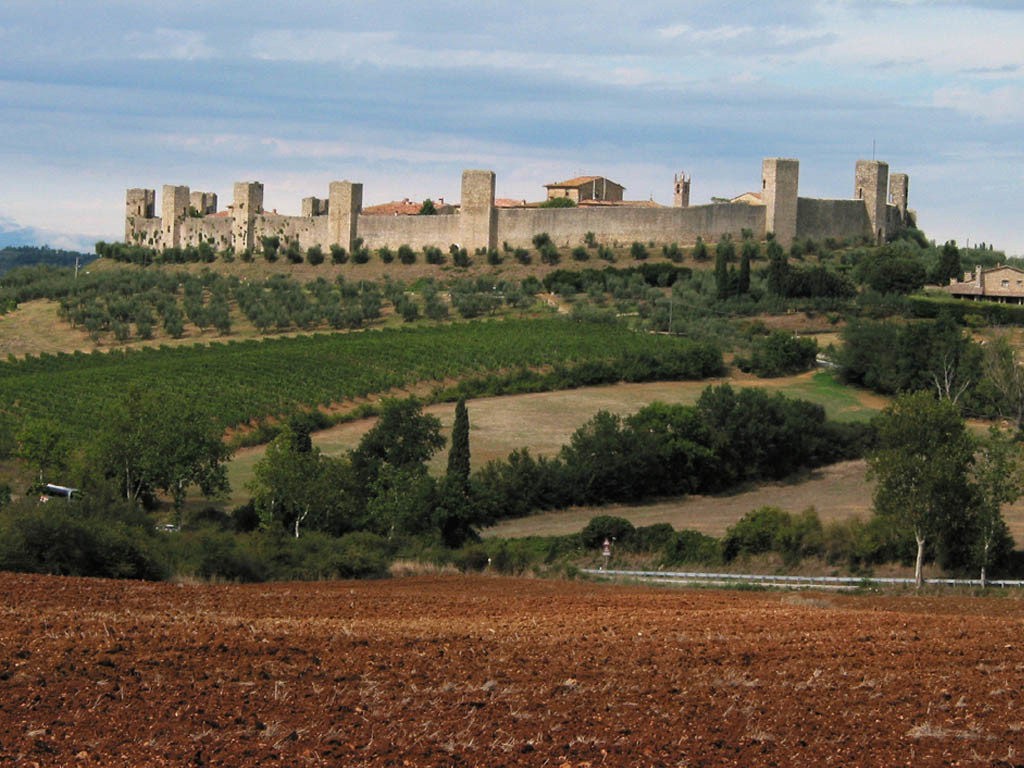